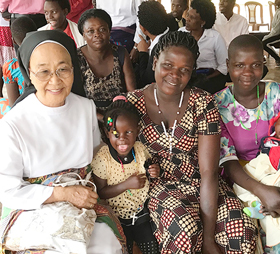 Award for spreading a volunteering and sharing culture ASAN Award was established in 1989 to discover and award those who have devoted themselves to doing volunteer work for neighbors in need and setting a great example by practicing filial piety.

It is consisted of seven categories including ASAN award which is the grand prix as well as Medical Service award, Social Service award, Welfare Practice award, Volunteer award, and Filial Piety & Family award. It is recognized as the most prestigious award in Korea’s social welfare field in terms of award money, number of awardees, and achievements.

Award for medical scientists devoting themselves to the country’s medical development ASAN Award in Medicine was established in 2007 to discover and encourage medical scientists who have achieved remarkable accomplishments in the fields of basic and clinical medicine to promote human health.